It’s been a while since I did Throwback Thursday, which some book bloggers are using to highlight books they’ve had kicking around for a while and haven’t got round to yet. But there’s definitely tons and tons of books on the list for me. Each time I do this, I narrow it down to three… So far, it hasn’t got me to hurry up and read them yet, but I live in hope.

The Alchemist of Souls, Anne Lyle 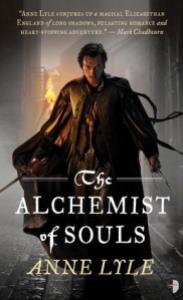 When Tudor explorers returned from the New World, they brought back a name out of half-forgotten Viking legend: skraylings. Red-sailed ships followed in the explorers’ wake, bringing Native American goods–and a skrayling ambassador–to London. But what do these seemingly magical beings really want in Elizabeth I’s capital?

Mal Catlyn, a down-at-heel swordsman, is seconded to the ambassador’s bodyguard, but assassination attempts are the least of his problems. What he learns about the skraylings and their unholy powers could cost England her new ally–and Mal his soul.

It’s an Angry Robot book, so it’s pretty inevitable that I’ll get round to this in the end. And I do love alternate history scenarios, especially when they blend in magic. I’ve actually got the whole trilogy, so it’s really high time I got round to this. 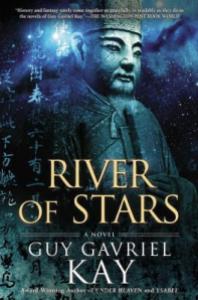 Ren Daiyan was still just a boy when he took the lives of seven men while guarding an imperial magistrate of Kitai. That moment on a lonely road changed his life—in entirely unexpected ways, sending him into the forests of Kitai among the outlaws. From there he emerges years later—and his life changes again, dramatically, as he circles towards the court and emperor, while war approaches Kitai from the north.

Lin Shan is the daughter of a scholar, his beloved only child. Educated by him in ways young women never are, gifted as a songwriter and calligrapher, she finds herself living a life suspended between two worlds. Her intelligence captivates an emperor—and alienates women at the court. But when her father’s life is endangered by the savage politics of the day, Shan must act in ways no woman ever has.

In an empire divided by bitter factions circling an exquisitely cultured emperor who loves his gardens and his art far more than the burdens of governing, dramatic events on the northern steppe alter the balance of power in the world, leading to events no one could have foretold, under the river of stars.

I love pretty much everything GGK’s written, so I’m excited to get round to this. That’s a while away, though, because I have a plan to read through all of his work, chronological order by publication, to watch his skills and themes developing. I’m on A Song for Arbonne. 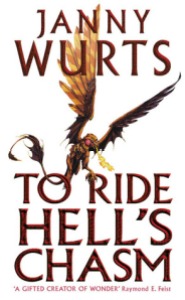 When Princess Anja fails to appear at her betrothal banquet, the tiny, peaceful kingdom of Sessalie is plunged into intrigue. Two warriors are charged with recovering the distraught king’s beloved daughter. Taskin, Commander of the Royal Guard, whose icy competence and impressive life-term as the Crown’s right-hand man command the kingdom’s deep-seated respect; and Mykkael, the rough-hewn newcomer who has won the post of Captain of the Garrison – a scarred veteran with a deadly record of field warfare, whose ‘interesting’ background and foreign breeding are held in contempt by court society.

As the princess’s trail vanishes outside the citadel’s gates, anxiety and tension escalate. Mykkael’s investigations lead him to a radical explanation for the mystery, but he finds himself under suspicion from the court factions. Will Commander Taskin’s famous fair-mindedness be enough to unravel the truth behind the garrison captain’s dramatic theory: that the resourceful, high-spirited princess was not taken by force, but fled the palace to escape a demonic evil?

I’ve been meaning to try Janny Wurts forever, ever since I was reading Raymond E. Feist’s books and she did work with him. I’ll probably get to That Way to Camelot first, but I’ve read the first few pages of this one and was very nearly sucked in…